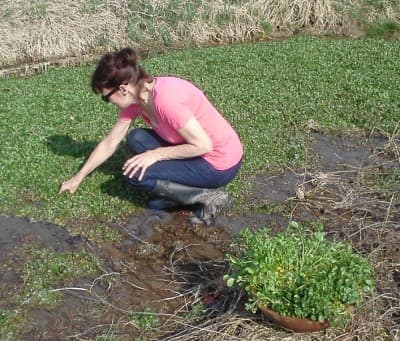 Here in the Northeast, the mild winter has flowed right into an early spring! While discussing with my husband how we might want to celebrate Saint Patrick’s day, we wondered if there was a connection between the green theme of St. Patrick’s day and the coming of spring. As the Druids would say…DUH!

In Search of Watercress

A friend recently alerted us to a remote but accessible place here in Lancaster, PA, where, if we were lucky, we might find wild watercress. We were excited as we anticipated celebrating St. Patrick’s day by hunting down this somewhat elusive wild green edible.

We were lucky! The cress sprang from the earth in a gorgeous thick, buoyant, shamrock green carpet where a small spring percolated up through the ground in the middle of a large field. The color was so rich and alive, the true essence of spring. And there was plenty of it! We harvested enough watercress to last us for weeks, and there was no evidence that we had even been there!

Hippocrates, the ancient Greek physician who said “let food be thy medicine,” so believed in the healing powers of watercress that he built his first hospital next to a stream so he could grow it. The Romans and Anglo-Saxons believed watercress averted baldness and Francis Bacon, a 17th-century English philosopher and politician, said it would restore women’s youth. Watercress’s Latin name, Nasturtium officinale, means “nose twister”—an appropriate description considering its pungent, peppery taste. Isothiocyanates—antioxidants that amp up your body’s detoxifying enzymes—give watercress its distinctive bite. Studies suggest these compounds may even help prevent cancer and lower cholesterol.

Hippocrates also believed that since watercress grew in the water it was helpful for balancing water in the body, and he used it for any kidney or bladder infections with his patients.

We came home and made a simple salad with red pepper, avocado, and a balsamic vinaigrette and paid tribute to the Irish and the bright green of spring! 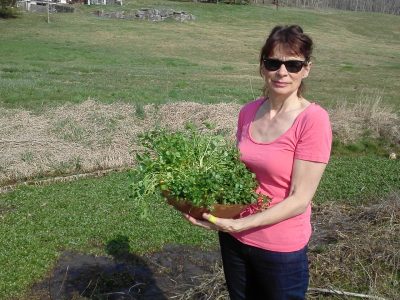 Thanks, you two, for my existence. 💚💚