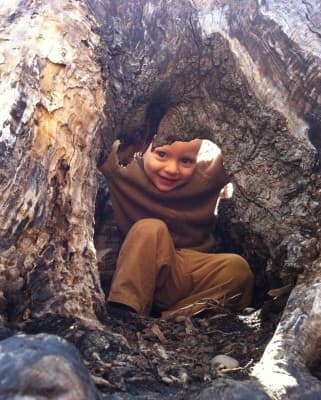 When I spend time with my grandsons, Felix and Theo, I see the world anew through their eyes. The boys delight in watching a bunny crossing the front lawn, or a pesky squirrel scurrying up a tree. They love to stop and pick up a speckled rock or observe a tiny mushroom; they are attracted to the bright colors of flowers; tiny insects crawling across the kitchen floor fascinate them.

Children naturally gravitate toward and delight in the natural world, and Theo and Felix inspire me to more closely tune into the sights, sounds, and smells of the outdoors. When I do, time slows down. My professional training is in education for early childhood and elementary age children, and I’ve taught in Waldorf classrooms as well as public schools, in addition to being an educational consultant for the past several years. I–along with many educators, scientists, and parents–am concerned that many (perhaps most) children in our modern world are out of touch with nature. 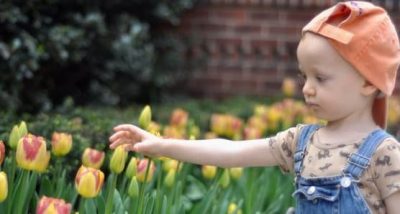 Too Much Screen Time

Certainly, the availability of media has increased since I raised my two children. When Maia was born in 1980, there were no VCRs, much less computers or cell phones. We got our first VCR when Maia was 5, and we were the first in our group of friends to have one! My mother-in-law got a huge bag phone for her car around the same time. We bought our first computer when Maia was in junior high. Now, of course, we have hundreds of cable TV channels and we can stream movies instantly. Hardly a tech-junkie myself, my smart phone is rarely out of my grasp, and I covet Maia’s iPad. I can only image where things will be in another 30 years!

It will be some time before science can illuminate the long-term impact of all of this technology on children, but we can intuit that it will mostly be negative. Experiencing the changing of seasons, watching the behavior of animals in nature, observing the weather, and seeing a garden grow (indoor or out!) has got to be better for children than all those hours each day spent in front of a screen of one kind or another. Of course, children want to imitate their parents (and grandparents); they see us constantly checking our iPhones and laptops, so of course they want to be part of that. We must remember to put away those devices now and then, be present for our children, and instill in them a respect for the natural world. If children appreciate and love nature, they may grow into adults who protect it. 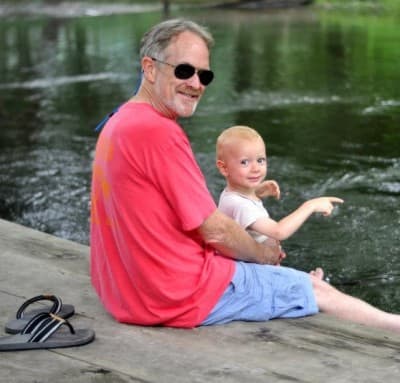 Richard Louv, author of the national bestseller Last Child in the Woods: Saving our Children from Nature-Deficit Disorder, sites studies that point to direct exposure to nature as essential for a child’s healthy physical and emotional development. The book includes a field guide with one hundred practical actions that we can take as parents, grandparents, and citizens. Louv claims that unlike television, nature does not steal time; it amplifies it. While the notion of nature-deficit disorder may seem like a bit of a stretch, the book points to new and updated research that might change the way you think about nature and children.

Seasonal Nature Table
Fall is an especially great time to enjoy nature with children. Felix’s love of acorns began a year ago, when he and I were walking one autumn afternoon and came upon an oak tree. As we began to gather the acorns from the ground, I told him a story about squirrels collecting acorns and saving them to eat in the winter. Felix and I came home with handfuls of acorns, which, along with yellow leaves and bumpy gourds, we placed on our “nature table.” Every time we are outside, we look for treasures to add to the table, and of course these items change as the seasons pass. You can place your bits of nature on a piece of silk cloth or cotton that is a color that represents the season (brown, rust, or orange in the fall; soft blue or white in the winter; bright green in the spring; and yellow in the summer.) This activity might be especially rewarding if you live in an urban environment (as Felix does), where interactions with nature are few and far between.

In addition to Louv’s Last Child in the Woods, check out the following resources for more on kids and nature: