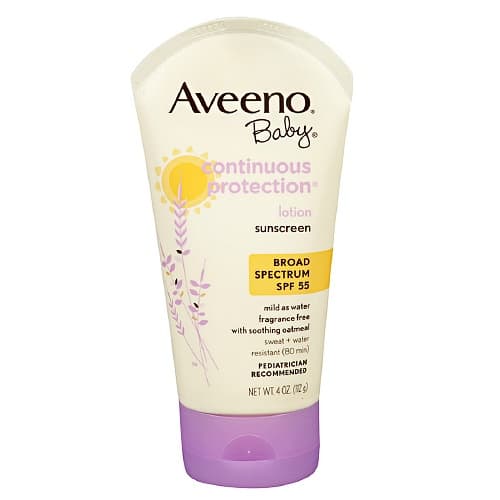 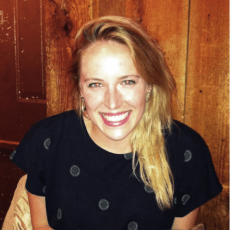 In this installment of Scary Stuff, guest blogger Rebecca Stern shines a spotlight on a chemical called oxybenzone, examines why it’s scary, and provides easy tips on how to avoid it.

Oxybenzone is a chemical that is able to absorb ultraviolet (UV) light. It is the active ingredient in many sunscreens, and is also added to cosmetics to prevent degradation from UV exposure.

Why Oxybenzone Is Dangerous

The symptoms that result from endocrine disruption vary widely within and among populations, but some more common illnesses associated with exposure to EDs include reproductive development problems, learning disabilities, and breast, prostate, and thyroid cancer.

Significantly, fetuses and infants are among the most strongly affected by endocrine disruptor exposure (3). In the womb, a fetus is extraordinarily dependent on maintaining the precise levels of hormones, as keeping these levels exact is important for healthy neurological and physical development. While a mother’s system is advanced and able to withstand exposure in small amounts to chemicals, concern has been raised that the same cannot be said for a fetus or infant.

In addition to the health threats of endocrine disruption, documented dermatological concerns like contact dermatitis are frequently associated with oxybenzone exposure (4).

Sweden has banned the use of this ingredient. 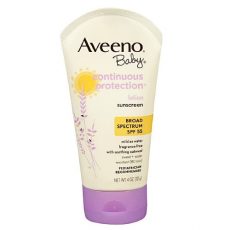 Given the photostabilizing effects of oxybenzone, the compound is found most commonly in sunscreens and lotions or lip balms with broad spectrum UVA/UVB protection. In addition, oxybenzone is added to common household cosmetics such as hair spray, nail polish, and makeup to protect from damage caused by sunlight exposure. Due to its risk of toxicity, current FDA regulation allows an amount of oxybenzone less than or equal to 6% in products.

It’s important to note that even brands that call themselves natural or “mineral-based” may contain oxybenzone. Aveeno Baby’s suncreen, for instance, contains oxybenzone, among other chemicals.

How to Avoid Oxybenzone Exposure

Luckily, oxybenzone isn’t the only ingredient that protects you and your family from sun damage and burns. Zinc oxide and titanium dioxide are two ingredients found in natural, mineral sunscreens that provide sufficient UV protection without the toxicity of oxybenzone. Don’t trust what the front of a bottle says–always read the ingredients and stay away from anything that contains oxybenzone.

See our Safe Sunscreen Guide for the sunscreen brands we recommend, which include the following: 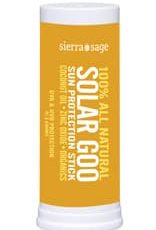 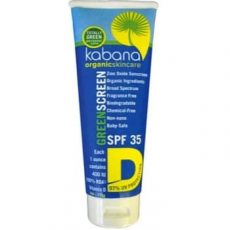 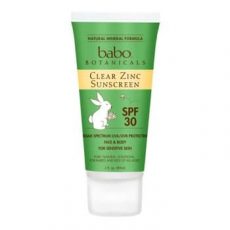 Originally from Upstate New York, Rebecca grew up with an appreciation for nature and love of the outdoors. This translated into her undergraduate experience at Yale, where she majored in Environmental Studies and Political Science. In addition to her studies, Rebecca enjoyed teaching yoga and contributing to the campus newspaper. With a passion about writing and sharing ideas regarding chemicals in consumer products, she is excited about the opportunity to contribute to Gimme the Good Stuff and eager to share information with its readers. Currently, Rebecca resides in Westchester County and enjoys spending time outside with her mini-bulldog, Burke.