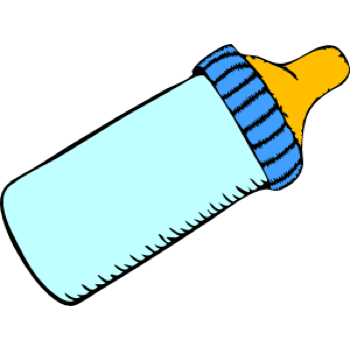 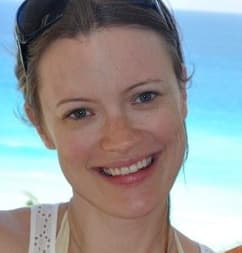 Have you ever ordered a “healthy” item from a fast-food menu? A salad at these places might consist of a pile of anemic iceberg lettuce topped with chicken fingers and drowning in ranch dressing. An educated consumer would know this isn’t health food, of course. But this same consumer might be surprised to learn that the BPA-free baby bottle she uses to feed her infant is more dangerous than its counterpart with BPA.

The health risks posed by environmental toxins in consumer products have gained mainstream media attention, and companies are responding–sometimes in ways that are truly beneficial to their customers, and sometimes in ways that protect their own bottom line but don’t move the needle in terms of human health.

This series of posts profiles some super sneaky items in your home–stuff you probably bought thinking it was the safest choice for your family, but in reality—just like the iceberg-fried-chicken-ranch “salad”—is just an example of brilliant marketing.

The good news is that, in all cases, there is a relatively easy way to remedy the problem—simple ways upgrade your purchases so that you are truly getting the good stuff.

The dangers of the chemical plasticizer bisphenol A are now common knowledge (and range from cancer to early puberty), and many baby and children’s products proudly proclaim themselves BPA free. In fact, BPA was banned from U.S. baby bottles in 2013.

This seems like a good thing, but in a twist of irony, it turns out that a new BPA-free plastic baby bottle or sippy cup might be even more dangerous than the old one you were using. That’s because most manufacturers are using bisphenol S (BPS) in place of BPA, and emerging evidence suggest that this chemical is worse than it’s predecessor.

What We Know About BPS


At first, it was believed that BPS had less tendency to leach from plastic, and the assumption was that this made it a safer choice. Unfortunately, that doesn’t seem to be the case. Here’s some of what makes BPS scary:

The Big Problem: Lack of Regulation

The real issue isn’t which chemical compounds are the most dangerous, but the lack of government oversight when it comes to our exposure to these chemicals. At the moment, there is no requirement that these compounds be tested for safety before they enter the market. It’s an “innocent until proven guilty” model, and of course isn’t limited to BPA. As consumers, we have to be suspicious about what’s lurking in “phthalate-free” plastic toys and “paraben-free” cosmetics, too.

So What Can You Do?

I advise all of my clients to ditch the plastic bottles, sippy cups, plates, and utensils their kids are using. Fortunately, there are great options for stainless steel or glass sippy cups and baby bottles—both of these materials are non-leaching and safe. For plates and utensils, we like wood, enamel, or stainless steel.

Some of my clients love Como Tomo’s silicone baby bottles, and based on the evidence we have so far, silicone appears to be safe and non-leaching. Still, I prefer glass or stainless steel (I sometimes find that silicone imparts a taste on food or liquid).

What are your favorite brands of plastic-free sippy cups and bottles? Please share!

Toxin-Free Grandparenting: How to Support Your Children & Protect Your Grandchildren’s Health

BPA-Free Cans: What Are They Using Instead?

I am *long* overdue for a little cleanse, and am trying to decide if I should do a week of @sakaralife or a week or @provenancemeals (both are wonderful!). Here is a little on the differences between them, and you can swipe for discount codes and pics of my favorite meals from each (Sakara beet burger and Provenance quiche!). I’d love to know what you thought if you’ve tried either—Or if you have another program you love, let me know!
#cleaneating #organicmealdelivery #cleanse #mostlyplants ...