When I started dating Daylon, I loved that his bachelor pad always smelled so nice, thanks to a prominent Glade plug-in in his entryway. Once I learned about what was in that air freshener, I promptly unplugged it. This meant that our apartment began smelling like whatever we’d last cooked—wonderful on the rare occasion when I baked an apple crisp, and less awesome after the more common meal of pan-fried salmon and steamed broccoli. 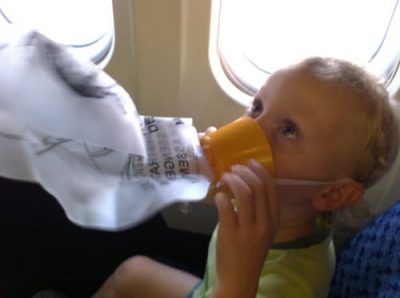 A Brief History of Air Fresheners

The use of household air fresheners, in one form or another, has been around for thousands of years.

Incense, one of the most ancient forms of air fresheners, is burned so that the smoke can mask other, less pleasant odors. Most modern air fresheners employ the same method (masking), but unlike the burning of incense, they disperse masking agents in other ways, and with a far more sophisticated use of chemistry. (By the way, just because we’ve been burning incense for many centuries does not mean it’s a great idea. Burnt airborne particulates, from incense to cigarettes to auto exhaust, are always bad to inhale, no matter the form.)

Since the 1940s, air freshener manufacturers have blended various chemical agents and tinkered with a variety of dispersal techniques in order to market products that don’t involve burning. This might seem like a step in the right direction, but the chemical agents used are often far less benign than you’d hope. 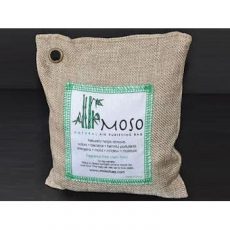 If you want a natural air freshener that you spray, try Eco-Me’s organic room sprays, which are great for masking odors with pleasant, phthalate-free scents. 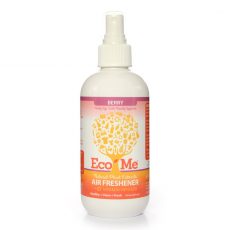 Modern chemistry has shown us that certain chemical agents, when atomized and inhaled, are capable of blocking our smell receptors, thus blunting our ability to detect odor.

Other air fresheners coat our nasal passages with an oily film, and many still just cover up the original odor with better-smelling scents.

A minority of air fresheners actually break down the offensive odor, and even those ones generally contain a heavy dose of chemicals.

A regular run-of-the-mill air freshener will probably contain at least one of the following scary chemicals:

Air fresheners may also contain some really gross chemicals that won’t show up on the label. A 2007 study tested 74 air freshening products and measured the concentration of VOCs in the air after use. They reported that a total of more than 350 different chemicals and allergens were detected, including (but not limited to!) benzene, formaldehyde, styrene, and phthalates.

Spray bottles (aerosol) cause additional health risks due to ingredients used as propellants, such as butane and propane.

How to Find a Natural Air Freshener

Rather than masking odors with other, more potent odors, or disabling your sense of smell all together, there are ways to absorb unwanted odors. Sodium carbonate (otherwise known as baking soda) has been safely used as an odor sponge for generations with no known ill effects. There are also ways to employ specific types of charcoal products to scrub unwanted odors from indoor air (learn about these below, under The Good Stuff).

Of course, our modern world is a considerably more toxic place than the one in which our ancestors evolved. This is especially true indoors, where the combination of air-tight homes and toxic agents (such as cleaning products and off-gassing furniture and carpets) is a real health risk, especially when we consider how much of our lives we spend indoors.

We’ve done the research for you here, so read on for which natural air fresheners are truly safe and effective. 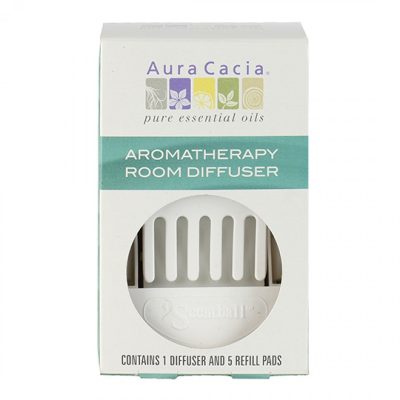 Aura Cacia is another company that is truly committed to product safety as well as sustainability. Their spritzer air freshener is made from essential oils and water and also uses no propellants. You can buy the spray on Amazon for around $7 or get the plug-in room diffuser for $13. 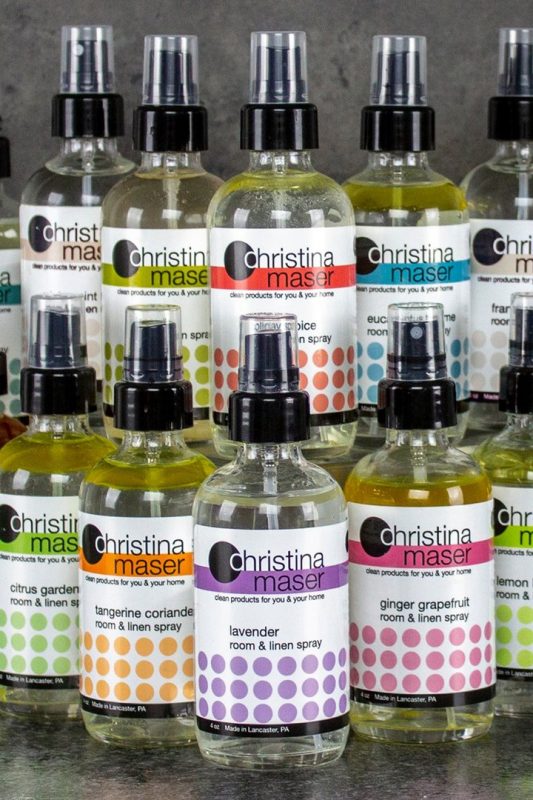 This natural air freshener contains only natural essential oils, all of which are food-grade.

Eco-Me makes an entirely safe line of cleaning products, and their vitamin-infused air fresheners are no exception. All four formulas are scented only with 100% essential oils and smell fresh and delicious. 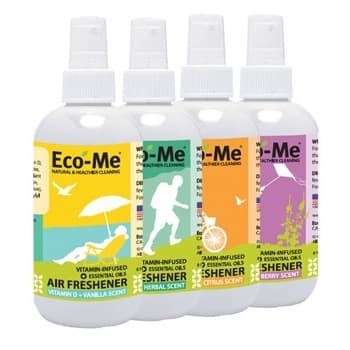 Although the term “natural” is somewhat meaningless (after all, arsenic is natural), in this case it refers to the fact that Essence of Vali mists are made entirely from essential botanical oils and distilled water. The dispenser is a pump/spritzer type thingy and uses no propellants. These mists come in 10 different aromas and affordable at $8 a bottle. You can also opt for a diffuser blend, which costs around $12 and can be used in any standard aromatherapy diffuser. You can buy Essence of Vali products from Amazon. 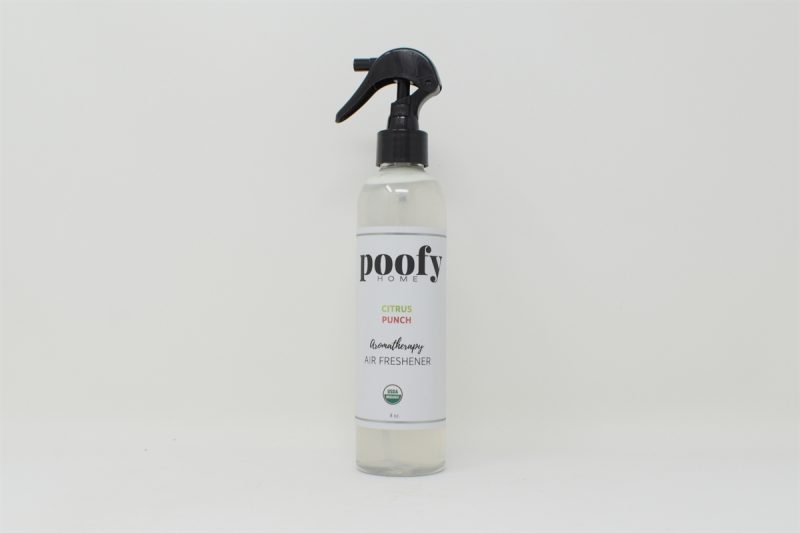 Poofy’s aromatherapy blend contains nothing concerning, and imparts the room with a pleasantly herbal kind of fragrance.

Moso bags contain activated bamboo charcoal, which serves as a filtering agent (as opposed to a masking agent). The great thing about most filtering agents is that they not only remove unwanted odors, but they also scrub the air of some of the nasties that may be floating around your home—things like formaldehyde, ammonia, benzene, chloroform gases, and bacteria/allergens. After a couple of years of use, simply throw the charcoal on your garden–it’s 100% biodegradable. The bags range in size, and will cost between $10 and $20. And because I use these personally, I can attest that they really do work!

is another kind of charcoal air filter made from very specific types of wood and wood vinegar. Made in Korea and marketed by a hip Danish company, the Kuro Cube removes odors and toxins from your indoor environment and is biodegradable. Sort of Coal sells a range of purifying coal products, all of which are quite pricey.

Glade PlugIns are some of the top selling air fresheners in the United States. SC Johnson moves well over 20 million units of these guys a year, which is scary when you know what’s in them. PlugIn units contain a small heating element, which heats the “scented oils” (not to be confused with actual essential oils), and causes them to disperse into the air. Using the trade secret loophole, Glade will not release their entire ingredient list, but we know that PlugIns have parabens and phthalates, which is enough to earn them a Bad Stuff designation.

Lysol Neutra Air Sanitizer revokes a a feeling of cleanliness and safety, thanks to the use of the word “sanitizer.” Not so much. Besides including the pesticide dimethyl benzyl ammonium saccharinate, this product comes in an aerosol can and uses butane and propane as propellants. It’s not good to breathe any of these volatile gasses, and don’t light a match around them. Or better yet, light a match and use that as your air freshener! Lysol Neutra also contains trace levels of phthalates. Lysol earns extra demerits for the “New Moms” section of their website, where they promote cleaning and disinfecting with Lysol products!

Febreze is one of the only air fresheners that actually neutralizes odors (in addition to masking them with a big burst of fragrance). Think this makes Febreze Good Stuff? Nope. EWG examined the air pollution created by Febreze Air Effects (Hawaiian Aloha) and found 89 air contaminants, including ones associated with cancer, asthma, and reproductive and nervous system toxicity.

Caldrea Linen and Room Spray is advertised as follows: “This versatile essential oil spray is safely used to create a signature scent everywhere or anywhere.” “Safe” is a stretch, considering that among the ingredients are benzisothiazolinone, which irritates skin and is linked to cancer, and methylisothiazolinone, which carries with it immune system and allergy concerns.

Mrs. Meyers Air Freshener claims to be earth friendly, but contains synthetic fragrance, and Mrs. Meyers doesn’t divulge what specific chemicals make up the scent. On top of that, this product contains PEG-40, which is neither natural nor non-toxic.

You’ll find Citrus Magic air fresheners in most health food stores. The most recent study I found (which is from 2007) showed that Citrus Magic contained trace amounts of phthalates. I have not been able to confirm whether or not this has been remedied. The label of their solid air freshener still just reads: “fragrance.”

Make Your Own Natural Air Fresheners

Want to know more? Here are great resources on… 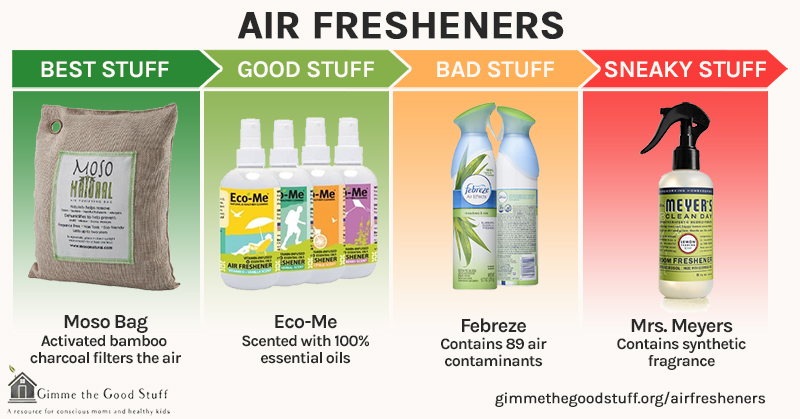