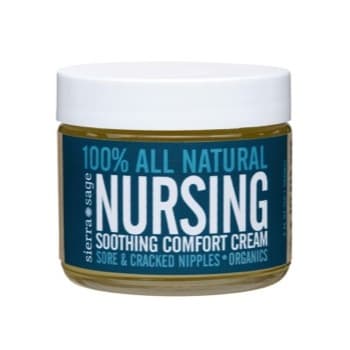 My big project for the next few weeks is going through all our Safe Product Guides and updating each one with additional information I have learned since their original publication, plus of course adding new products that have entered the market (or changed their formulas) and are Good, Bad, or Sneaky.

A recent email I received from a reader (pasted below) prompted me to start with the Safe Nipple Cream Guide.

In addition to a reminder that lanolin creams should be avoided, the new Safe Nipple Cream Guide features a couple more products that I’ve rooted out as The Sneaky Stuff.

Thanks as always to all of you who write to me with your own stories. I hope the following reader email will help someone with similar symptoms who is unable to find answers. 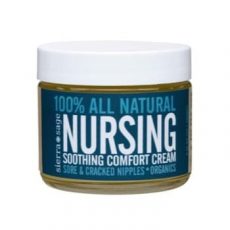 This lanolin-free nursing balm is the Good Stuff!

I just wanted to tell you I was so happy to find your article about lanolin and the problems with it!  During my fifth pregnancy I developed an absolutely horrible lesion, raw-flesh based rash on both my nipples, which ultimately required me to stop nursing completely because the doctors thought I either developed a severe infection, or worse: Paget Disease (it was THAT horrible).

I had two rounds of IV antibiotics, multiple visits to a cancer center, along with guilt and despair beyond belief because NO ONE could figure it out.  After months of this I decided to turn to a dermatologist because nothing was working.  The course that I was told to follow after the IV treatments, sonograms to determine nothing was wrong internally and a biopsy to confirm it was in fact NOT cancer was to continue to treat my sore, inflamed open nipples with lanolin.

I went to the dermatologist figuring they would tell me to continue to “stay the course,” and that eventually whatever it was would clear up. He told me something completely different… He looked at my nipples and said, you are using lanolin aren’t you?  I said yes.. I was told to keep my nipples moist to avoid friction.  He gave me a combo steroid/antihistamine cream and said throw the lanolin away!  I did, and within a week my nipples were significantly better, within a month the rash and all were completely gone!  On my follow up visit with the dermatologist he said I had developed an allergic reaction to lanolin that tends to build up in your system over time (most likely from nursing over the years) and your body could no longer tolerate it.  It’s common among women with wool allergies as well as those allergic to synthetic materials such as latex.

That was roughly 3 years ago, and sadly at the time, the lanolin issue was well “talked about.” For years it was pushed to help save nursing moms, to “relieve” them; pushed by doctors, nurses, nursing consultants.  Everyone.  I was devastated that I spent that much time and pain over a product that I was allergic to.  I will never forget what I consider unnecessary pain and the unfortunate demise of nursing my child because a few “professionals” chose to ignore the simple truth in front of them.

I apologize for the longevity of this response, but again – I really did want to say keep up the wonderful articles and know that they truly help so many!