Home > Non-Toxic Toys, Clothes & Gear > 3 Reasons to Wear Your Baby That No One Ever Talks About 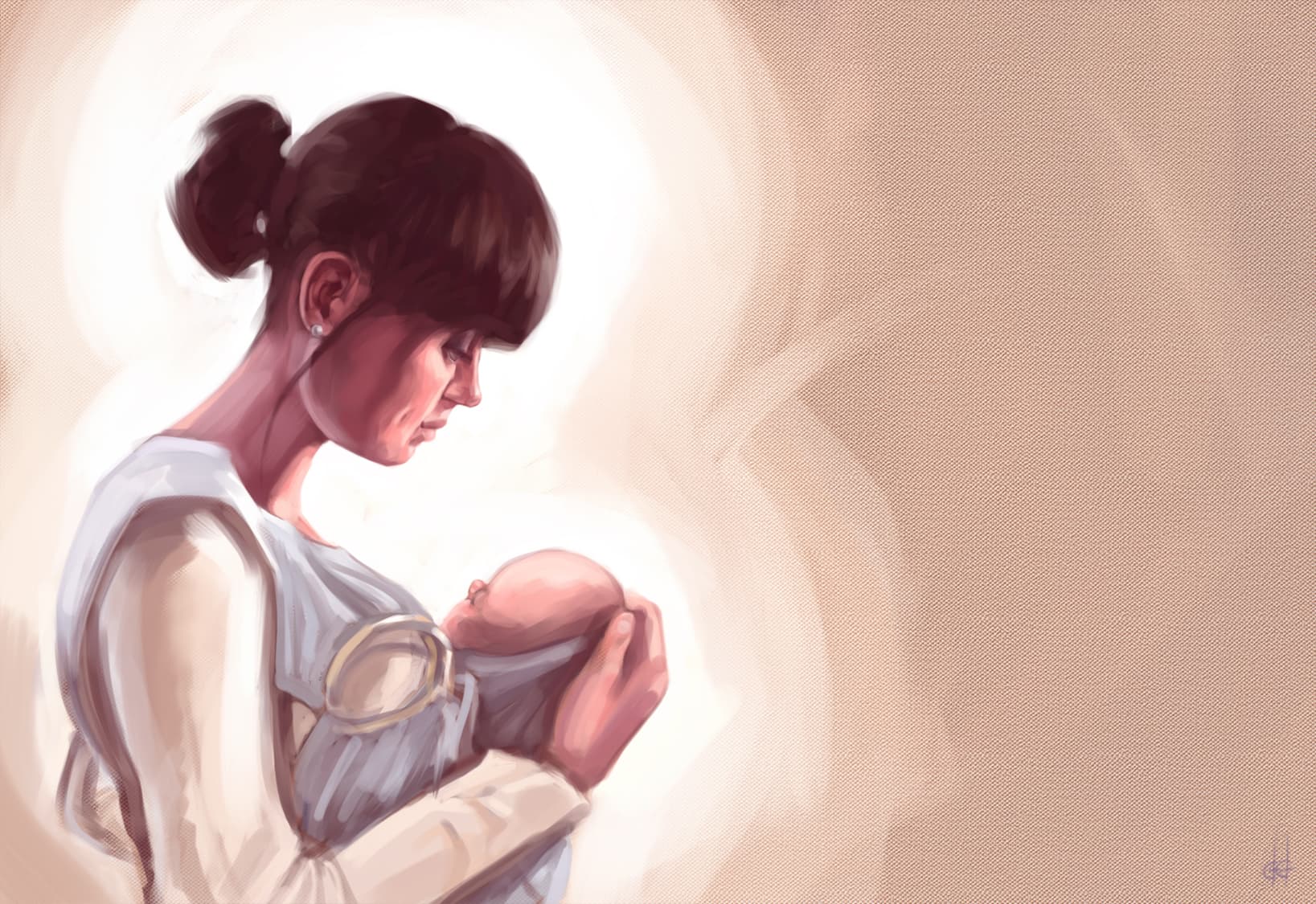 If you’re a parent in 2013, you probably own a baby carrier or two. We’ve got a Moby, an Ergo, a BabyHawk and a BBslen, all of which were well-used during Felix’s infancy and toddlerhood. (OK, I lied — I could never get the hang of the BB Slen, even though I desperately wanted to be one of those Brooklyn moms who effortlessly took that long piece of fabric and whipped it into a nice snug seat on my hip, from which my 4-year-old would dangle contentedly).

Skipping the stroller is more than just a passing fad–“babywearing” is a hobby and even a passion for many parents, and there are blogs, message boards and brick and mortar stores devoted exclusively to its art.

All this fervor is for good reason–ample evidence suggests that wearing our offspring is not just more convenient, but also is better for the child’s development. Simply put, there are many real benefits of babywearing.

On the convenience side, I always found that Felix fell asleep more quickly in the Moby than he did in the stroller, and I could nurse him on the go when wearing him, which saved time and hassle. We all know that it’s good for babies to be close to their caregivers–it provides security and comfort, especially for very young infants.

But, for me, there were three even better reasons to limit stroller time, and they are ones that you may have not considered. Here are three less discussed benefits of babywearing.

The position an infant’s body takes when held front-to-front by an adult is well suited for its physiology. Being placed into a stroller or car seat causes an infant to lie on either a flat or other inadequately shaped surfaces. This can cause physical deformities such as plagiocephaly (flat head syndrome), a problem that is associated with developmental delays.

2. Reduce Your Own Risk of Osteoporosis

As we have progressively made our physical workload lighter by way of technologies, so too have we seen a rise in osteoporosis and other bone/connective-tissue disorders. While much of the cause of these problems may have a lot to do with our diet, it has also been shown that the robustness (or lack thereof) of ones bones and connective tissues as we grow older is affected by the amount of weight-bearing exercise we do when younger. Following that logic, a woman who commonly carries her children is engaging in regular weight-bearing exercise over a course of years (or even decades, if you have a lot of kids and wear them for longer than I did!). This is one of the benefits of babywearing (or baby carrying) that modern moms miss out on.

3. Avoid Exposing Your Kid to the Toxins in the Stroller

Strollers can contain a number of noxious chemicals — from flame retardants on the fabric (linked to hormone disruption, hyperactivity, and lowered IQ) to the PVC — a probable carcinogen — in the rain covers. While a certain amount of exposure this stuff is inevitable (it’s in most car seats, too), decreasing the amount of time that your child spends in his stroller makes sense.

Now that he’s 3, Felix is in his stroller every day, and he is never in the carrier. Even when he weighed less, and even with the best carriers, my back couldn’t handle babywearing for hours at a time, and activities that involved bending or lifting quickly became painful (I used to hate Dr. Sears and his cheerful little illustrations of a woman mopping the floor or unloading the dryer with a toddler strapped to her chest). I know many moms who carry their babies for miles without apparent discomfort, however, and would love to hear about your own babywearing experiences–good and bad.

Thanks, you two, for my existence. 💚💚