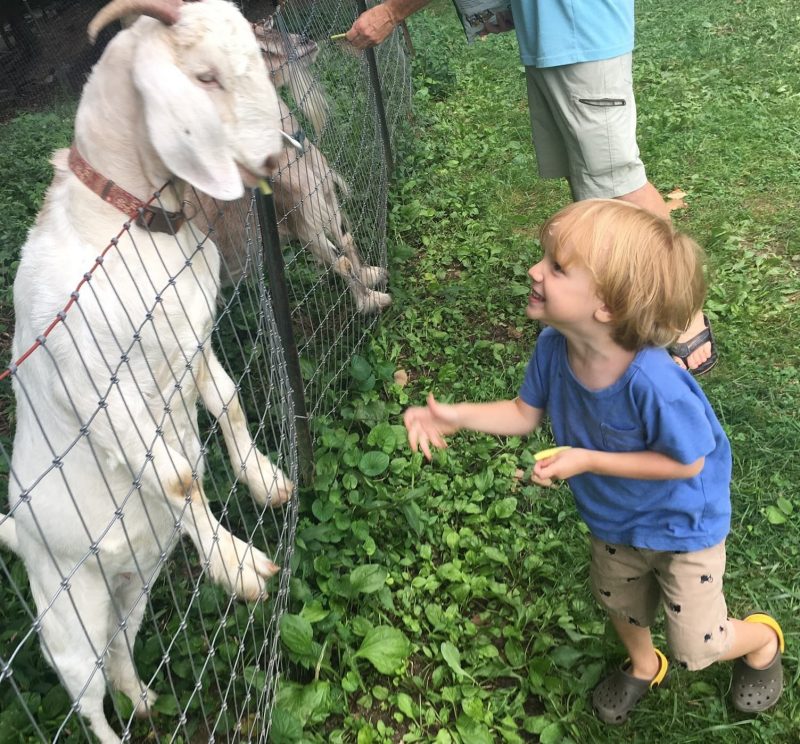 Organic baby formula is a hot topic here; in fact, it’s what you guys ask about most! I understand—you want to make sure that what you’re feeding your babies and toddlers is the best stuff possible, and there are about a gajillion types of organic baby formula now on the market. I’ve reviewed many of them in my Safe Infant Formula Guide, but this post is dedicated specifically to goat milk baby formula. 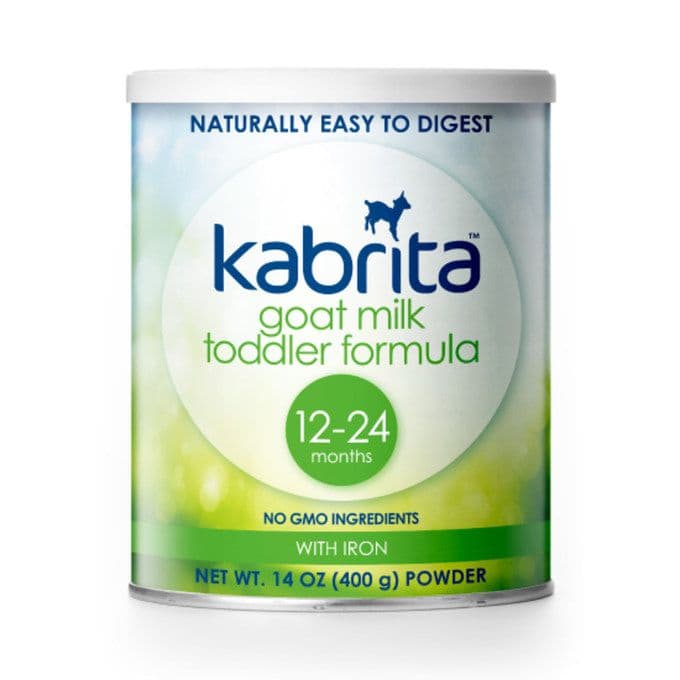 If I were looking for a goat milk baby formula for my own child, I would choose Kabrita. There is strong evidence that goat milk more closely mimics human breast milk than does cow milk, and Kabrita is the only formula I know of that contains the beneficial type of palm oil (see more on this below). Kabrita is now also the only formula sold in the United States that is certified glyphosate-free!

Kabrita has offered 10% off for my readers with code GIMMEKABRITA.

I’ve researched the goat milk formulas from Sammy’s Milk, Kabrita, Holle and NANNYcare because these are the brands that you ask about most. 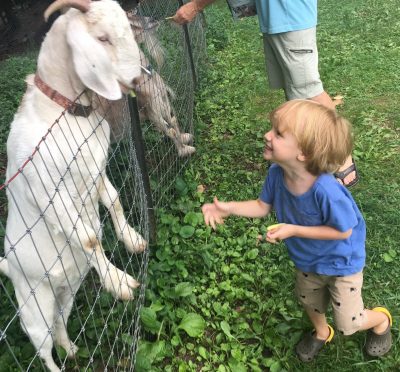 1) Is goat milk healthier than cow milk? What are the benefits of goat milk baby formula?

Goat milk can be better, yes.

In basic nutritional terms, goat milk and cow milk are pretty similar. Goat milk tends to be higher in several vitamins and minerals. Cow milk is higher in vitamin B12 and has significantly more folic acid than goat milk.

When it comes to formula, these differences don’t matter much. All formulas have nutrients added to make up for whatever the milk they’re based on might be lacking, and to make the formula mimic human milk as closely as possible.

What’s most important is how the animals—be they cows or goats—are fed and raised. I prefer milk that is organic, or at least non-GMO, and from animals that are pastured.

It’s also worth noting that animal studies and some studies on humans suggest that the vitamins and minerals in goat’s milk might be more readily absorbed than those in cow milk. Basically, goat milk in its natural state seems to be closer to human milk than cow milk is, which is one of the benefits of goat milk formulas.

Note that whichever formula you choose, you should always use a water filter to remove chlorine (carcinogenic) and fluoride (linked with lowered IQ). (Here’s more on why you should get a filter and which ones I like.)

Yes. One of the other benefits of goat milk baby formula is that it’s easier to digest. But it’s not for everyone.

Goat’s milk is regarded as a “hypoallergenic” alternative to cow milk because it’s less likely to trigger the allergies and food sensitivities that many people experience with cow milk.

The composition of the proteins and fats in goat and cow milk varies enough to make goat milk less problematic and, overall, more digestible. For babies, whose immune and digestive systems are still developing, this could make a big difference.

3) Why aren’t all of these goat milk formulas organic?

Of the goat milk formulas I researched, only one brand, Holle, is certified organic (according to European standards, which are actually stricter than American standards). This may be surprising, given that these companies all seem to be going to great lengths to make formula with pure ingredients. As it turns out, there isn’t much certified organic goats milk being produced. There are multiple reasons for this phenomenon, but that’s beyond the scope of this post.

Kabrita goat’s milk is non-GMO, from farms in the Netherlands and Missouri.

NANNYcare milk is from goats that are mostly pasture fed in New Zealand, and raised without the use of hormones; antibiotics use is minimal.

4) Which goat milk formula is best? Is it worth switching baby formula?

We all know breast milk is better than formula, be in from a goat or a cow, and even if you’re choosing an organic baby formula. There’s no such thing as a perfect formula, but the best brands get really close– close enough that you should feel confident feeding the formula to your infant or toddler.

In this comparison of goat milk formulas, I considered several factors:

For more about my rationale behind these factors and why I think they matter when selecting an organic baby formula, see our Safe Infant Formula Guide.

Here’s my bottom line: All of the brands I looked into qualify as Good Stuff when looked at in the context of baby formula in general. If I were looking for a goat’s milk formula for my kids, here is what I would choose, in order of preference: 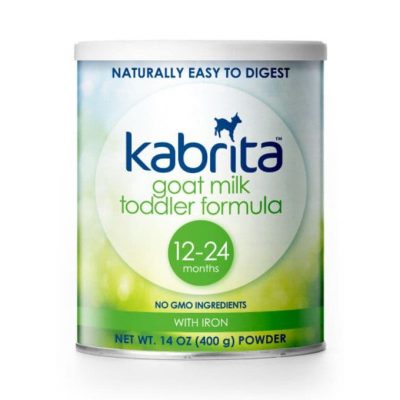 I like that Kabrita uses non-GMO goat milk (from Missouri and the Netherlands) and has lactose as the primary added carbohydrate. Kabrita is now the only formula sold in the U.S. that is certified glyphosate free.

Kabrita’s latest formulation doesn’t contain any taurine or carnitine (two synthetic nutrients that are in most baby formulas), and they’d added a probiotic.

What really makes Kabrita stand out is the fat blend that they use—from what we know, Kabrita is the only brand that uses plant-derived fats that match the structure of the most common fat molecules in breast milk. These fats (high SN-2 palmitate, a.k.a. “OPO fats”), which are produced by an enzymatic reaction on a mixture of vegetable oils, have been shown to promote more healthy bacteria in the gut, reduce colic and gas, reduce constipation, and allow for fat and calcium to be absorbed better.

I also appreciate that Kabrita is transparent about their ingredients. And like all of the formulas listed here, Kabrita forgoes the most concerning preservatives and most synthetic nutrients (they do add L-carninite and taurine).

Kabrita adds hexane-extracted DHA and ARA but assures me that hexane is not present in the finished product.

Kabrita hopes to debut an infant formula in the U.S. market later this year, at which point I feel confident that it will become my top formula pick. (Ask your pediatrician if the current toddler formula–which has more protein than most infant formulas–is appropriate for your baby.)

Since I am a Kabrita affiliate, they are offering my readers 10% off with code GIMMEKABRITA. (Read my affiliate disclosure page here.) 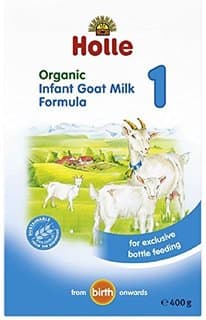 I like that the primary ingredients in these formulas—goat milk, carbohydrates, and oils—meet a very high, European organic standard. These are the only goat milk formulas that are officially organic. (I’m a fan of Holle’s cow milk formulas, too.) I also like that they don’t add hexane-extracted DHA/ARA and also forgo the most concerning preservatives and most problematic synthetic nutrients. (Formula 1 does have L-methionine).

I don’t like that maltodextrin is the primary added carbohydrate in Holle’s formula, but I appreciate that it is organic, and that they do also use lactose as a sweetener. I’m also not a fan of the palm and grapeseed oils, but they are organic, and Holle also uses organic sunflower oil.

Holle isn’t imported to the U.S. so can be hard to purchase; you can buy this formula Huggable or Organic Baby Food 24 (based in Germany). I’ve spoken with both of these distributors, set up affiliate relationships, and would feel comfortable ordering from them if I were looking to feed my own baby this formula. 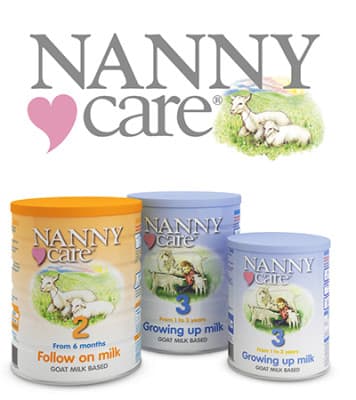 The goat milk used for NANNYcare formulas seems to be well-sourced from New Zealand, but they don’t have any organic or non-GMO certifications.

I like that lactose is the only added carbohydrate, and they skip palm oil and hexane-extracted DHA and ARA. They also don’t use any soy-based ingredients (oil or lecithin).

What About Sammy’s Milk? 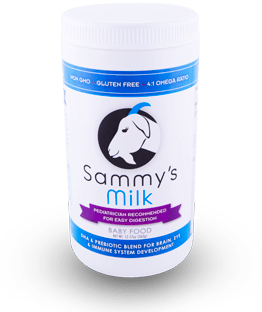 We originally wrote this guide during the Sammy’s Milk recall. It’s now back on the market as a “Toddler Formula,” and while some of you remain skittish, and we haven’t done a thorough review, there is a lot to like about Sammy’s, including milk from goats that are free range, antibiotic free, and hormone free; molasses as the added carbohydrate and a source of bioavailable iron; real fish oil as a source of DHA and EPA; the lack of controversial palm oil and soy; and the addition of prebiotics to this formula.

Should You Be Switching Baby Formula?

If I were formula feeding my own child, the apparent benefits of goat milk formula would probably make me consider switching from a cow milk variety. I do have clients whose pediatricians discouraged this, so definitely talk to yours before starting on or switching to a goat milk baby formula. It bears repeating that I am not a medical professional of any kind.

HiPP Versus Holle: Which European Infant Formula is Healthier?

Are Cheddar Bunnies Healthier Than Goldfish? 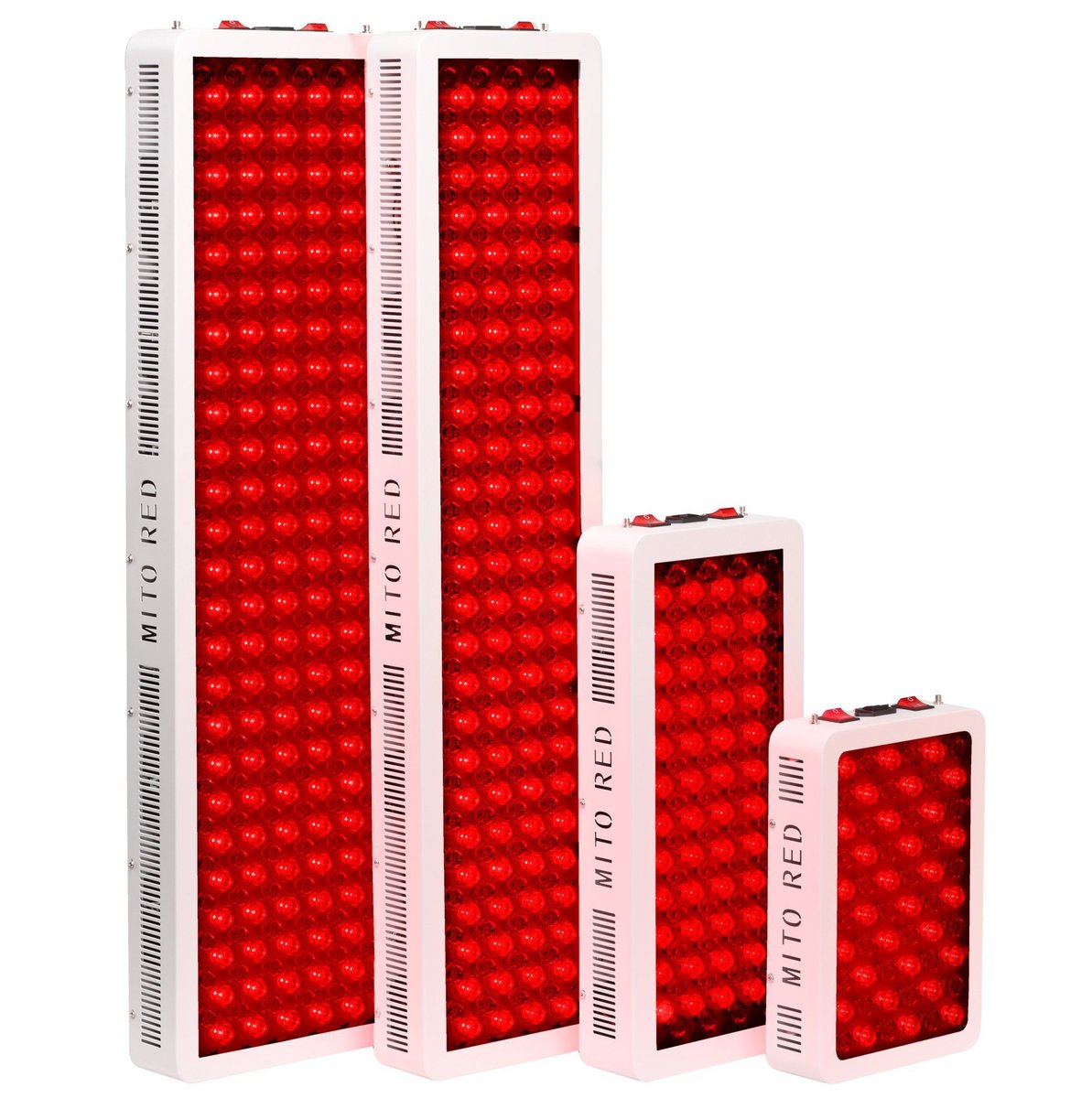 Red Light Therapy: Is It Safe and Effective?

The term red light therapy (RLT) has caught our attention several times over the last five years or so. According to those championing this treatment, just a few minutes a day can cure almost every type of ailment, while also reversing the signs of aging.

Wait, did I miss #nationalsonsday? You maaay have heard me mention my boys from time to time—and my psycho, smothering, possibly inappropriate obsession with the two humans I created from f*cking scratch. You probably wish I’d stop mooning over them in every post and focus on reviewing deodorant/diaper/cracker brands, right? 😬💓