If you know us by now, you know that we are always trying to find products and solutions that keep toxins away from our homes and families.

Sometime there are problems difficult enough to make us pay even closer attention. A good example of this is the problems with ticks and the diseases they spread.

We walk our new puppy, Koa, twice a day. There is a great park nearby with a perfect place to take long walks by the river. Koa can be off-leash and we have a great time exploring nature. But nature isn’t always nice.

As Koa explores he runs through tall grass and brush, and ticks are a natural result. We are in the mid-Atlantic and Lyme disease is common.

Because we’d rather deal with these sorts of things in non-toxic ways, we thought that we would use herbal means to discourage ticks. And for simple mosquitos–especially if you’re not in a Zika-prone area, we like Green Goo’s Buge Be Gone product. (My wife, Suzanne, actually only uses this repellent and has not yet gotten any ticks!). But does non-toxic bug spray for ticks really work? 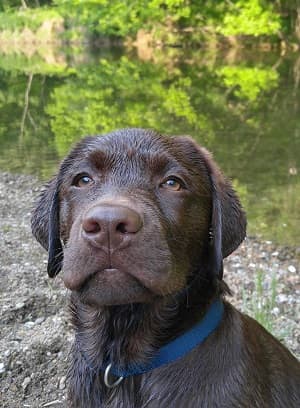 Unfortunately, the herbal repellents we’ve tried have not been effective enough. Ticks continued to show up on the dog and on me!

The threat of Lyme and other very serious diseases has caused us to reconsider our approach. We take Koa to a holistic veterinarian. She told us that despite all her efforts to avoid typical tick repellents, she has finally decided to use Frontline (which contains the chemical fipronil) on her pets.

If any of you have seen the results of Lyme disease you’ll know that it is not pretty. We know folks who were not diagnosed early enough and they live with very serious disabilities. Lyme is also devastating to dogs–especially labs.

The breeder who sold us Koa is into all organic raw food and holistic care. They even sell an herbal insect repellent. But a few weeks ago they lost one of their dogs to Lyme (liver failure). They sent out an email informing their community that the time had come for them to recommend using standard repellents like Frontline.

We had simultaneously reached the same conclusion. 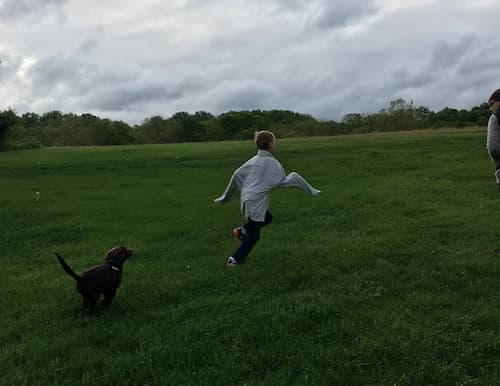 Why We Use Frontline

I have read on many websites that fipronil will potentially cause a wide range of maladies, and there is no doubt that it is worth being concerned about. The problem is that there are simply no good scientific studies showing an “all natural” solution.

Yes, there seems to be a lot of anecdotal evidence to warrant concern. There is, however considerable evidence that fipronil works and does not present an imminent threat to a healthy dog. Many folks in the holistic world disagree.

It is a difficult choice, but having spent decades in the northeast, we have seen Lyme disease up close and for us the stakes are simply too high. The choice is between something of concern and something far worse.

Koa is 4 months old. We expect to walk him out in nature for the next 15 years. Statistically, there is zero chance that he will not, at some point, come home with a tick that carries the spirochetes that produce Lyme disease. In fact, it is far more likely that he has already had at least one such tick on him. With 5 grandchildren who play with Koa, it is important that they too are protected. And speaking of people….

Not only have we gone to the dark side and started using Frontline for Koa, but I’ve also started using Off! to protect myself. Yes, DEET is the Bad Stuff. But Lyme is worse and I’m just not convinced that herbal repellents are effective. Maia is also using Off! on her kids when they are in tick-heavy areas.

Here’s how we try to make my use of Off! a little less toxic:

You probably already know that you should check yourself and your children meticulously after being out in tick-heavy areas (having blond kids makes this easier!). Ticks don’t like cold water, so jumping in a pool after a hike through the woods is a good idea, as is taking a cold shower. You should launder any clothing that you’ve worn outside (or at least run through the hot dryer).

Here’s what else we’ve purchased to prevent getting bitten by ticks:

We’d love to hear your solutions to this difficult problem. For now we are living with the lesser of two evils.

P.S. There is one less toxic bug spray on the market that looks promising, but about which I haven’t learned enough to make an official recommendation. BioUD’s Insect Repellent is derived from a tomato plant and appears to be extremely effective at repelling ticks as well as mosquitos. Users do complain of the smell, but I just bought a bottle and am going to give it a try. Maybe this is the non-toxic bug spray for ticks that we’ve all been waiting for!

P.P.S. If you are only worried about mosquitos and not ticks, Maia wrote about Zika protection here.