Home » Posts » Finding the Good Stuff in Cape May with Kids

Finding the Good Stuff in Cape May with Kids

Two weekends ago, we took a vacation to Cape May with kids–five of them! I’ve never been anywhere on the Jersey Shore, but it was the perfect distance between Lancaster, PA (from which my brother, his family, and my parents were traveling) and Brooklyn, where I live.

Below are my tips for a long weekend in Cape May with kids. As usual, there is an emphasis on healthful food, eco-friendly attractions, and wellness.

Where to Stay in Cape May with Kids 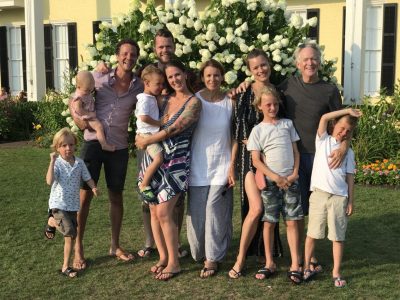 Because we were a big group with a lot of kids, we wanted a resort more than an inn so that we could do mostly on-site activities rather than schlepping eleven people around.

After researching our accommodation options, we chose to book at Congress Hall, which is the oldest seaside resort in the country. After spending four days at Congress Hall, I can say with confidence that it was super kid-friendly and worthy of recommendation. The staff at Congress Hall was excellent, the food was mostly good, and the beds and pillows comfortable (if not organic!).

For a lower-priced option, I thought the Beach Shack looked really fun. If you happen to go to Cape May without your kids, I think the Virginia looks really cool.

There were just a few things we didn’t love about Congress Hall:

Where to Eat in Cape May with Kids

Overall, my kids ate relatively well during our trip to Cape May, thanks in part to the fact that we fed them breakfast and several dinners in the room. (While the local Ace grocery store wasn’t exactly Whole Foods, we found organic milk, veggies, hot dogs, frozen pizzas, etc. there)

As a New Yorker, I am pretty picky about what I call “great” cuisine, but I have to say, the food at the resort itself was pretty good.

Some meal highlights of our trip:

1) The avocado toast at the Blue Pig Tavern’s breakfast.

As a Brooklyn resident, I’ve had plenty of avocado toasts in my day, and this one with local watercress and radishes was one of the best. 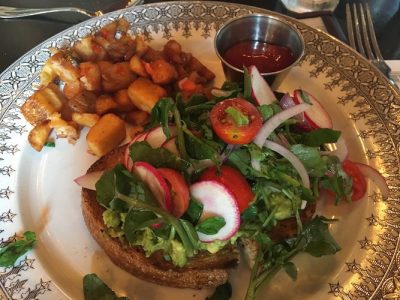 I mean, as a Vermonter I am obviously biassed, but you just really can’t beat a B&J’s cone on a hot summer afternoon, right?

3) The Boiler Room.
These brick-oven pizzas aren’t organic, but were loaded with local veggies. The meat eaters among us particularly loved the arugula/prosciutto one. The salads were also locally-sourced and super tasty.

4) Okay, so I didn’t personally have this one, but a reader told me the the cucumber-mint sakitini at the Virginia is amazing (and relatively healthful!).

There also were some disappointing meals in Cape May, including dinner at The Lobster House and Beach Plum Farm breakfast (which sounded so good–like, grain bowls with eggs–but really didn’t deliver).

Wellness and Fitness in Cape May 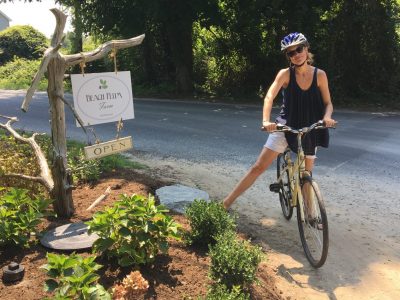 What to Do in Cape May with Kids 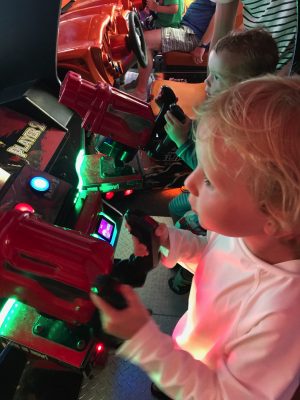 4. We never actually made it to the zoo, but it gets rave reviews and offers free admission!

5. Of course, my kids hated the ocean and wanted nothing to do with the beach, so we spent most of our time at the pool. We rented a cabana for one day at the beach, but if I go back I wouldn’t spend the $125 since as a guest of Congress Hall you get access to umbrellas, lounge chairs, and food service for free. 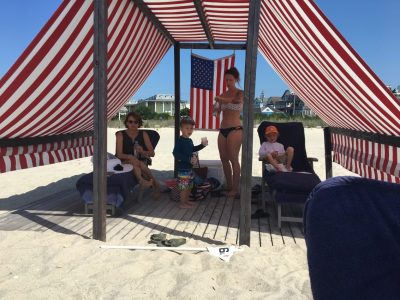 Where to Shop in Cape May

Congress Hall itself has cute shops, with toys and souvenirs that are above average.

The Washington Street Mall is the main street in Cape May, and it’s a cute little pedestrian-only street. Lots of the stores are the usual tourist junk, but a few were worth popping into, including Cash & Clive and Whale’s Tale for toys.

Beach Plum Farm features a little market of gorgeous produce as well as an upstairs gift shop with unique items. 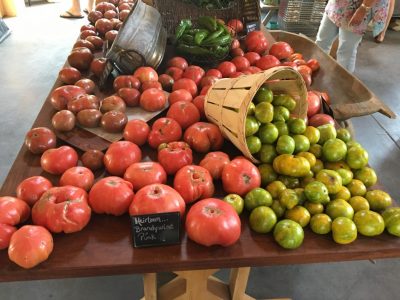 West End Garage is definitely worth a trip, too. It’s kind of like a mini Brooklyn Flea, and I found a gorgeous handmade bike basket for my mom in there.

The Bottom Line on Cape May with Kids

I was pleasantly surprised by how pretty and, well,…sort of hip Cape May was. Is it as charming as Nantucket (where I had traveled the weekend prior with college friends–and no kids)? No, but it certainly defied Jersey-shore stereotypes.

Please share your own experiences in Cape May with kids in the comments below. And if you want to read our reviews of other clean travel destinations, click here.