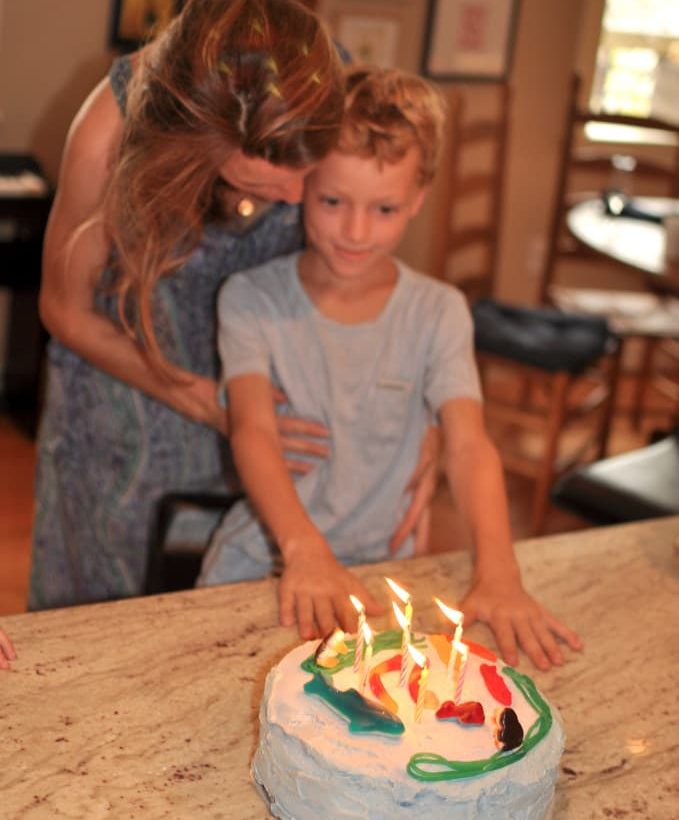 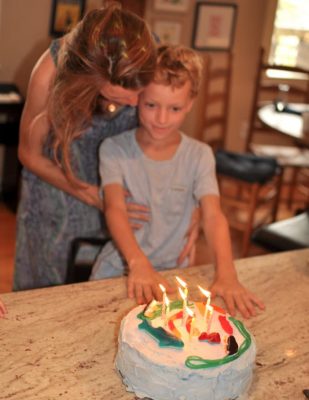 Some of you asked for the recipe for our homemade ice cream cake that I mentioned in the newsletter. Here are the details!

For my son’s seventh birthday, he requested an ice cream cake with candy on top. We live near a candy shop, and we let him choose the aquatic-themed gummies that went on top of the cake (nothing about this candy was remotely Good Stuff, besides the joy it brought him and his brother).

The cake itself wasn’t actually that bad, especially when you consider what’s in a Carvel ice cream cake! We followed this recipe, with the following alternations:

If you’re keeping track, you’ve probably realized that this cake cost nearly $100 to make! If you’ve attempted a homemade ice cream cake, comment below on lessons learned and what you spent:).

Texts from my dad—so crazy! Anyone else having this much smoke on the east coast? And to our west coast friends—how are you faring? 😣❤️ ...