How I Nursed Three Kids Without Going (Too) Crazy

Until recently, I was nursing three kids: a newborn, a two-year-old, and a four-year-old.

When other women hear this, the most common thing they say is, “Oh my gosh, I could never do that!” Moms often share stories about how they weaned their older child in anticipation of a new baby arriving.

I don’t think nursing two or more kids is as hard as many people assume, but it’s also not for everyone (obviously!). I’ve nursed three kids because it’s been a natural choice for my family: My kids and I enjoy nursing from infancy through toddlerhood, and I’ve had them relatively close together.

For those of you who are curious, below are the strategies that have helped make nursing three kids work for me and my family.

PS: I can’t speak for moms of multiples, because I’ve only had one baby at a time. If you’ve nursed twins (or triplets?!) and have wisdom to share, please leave a comment below.

Newborns need to breastfeed frequently, whereas older babies and toddlers can usually go hours (or days!) without nursing. For me, feeding the baby “on demand” and having the older kid(s) on stage-appropriate nursing schedules (see below) has been essential. 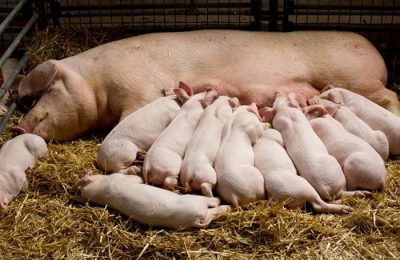 2. I got the older kid(s) on a nursing schedule before the new baby came.

In order to prevent the chaos of a lap full of kids clamoring for milk, I’ve used the final trimester of my pregnancies as a time to get the older kid(s) on a more structured and minimal nursing schedule.

For about 18 months, with my first two kids, I often breastfed both of them at the same time. This worked until the younger one entered a feisty phase, and the kids would sometimes struggle with each other on my lap…while nursing. Ouch! After my nipples got caught in the crossfire one too many times, we switched to “taking turns.”

When you’re pregnant, people love telling you that you’re “eating for two,” but there’s actually a higher caloric demand on your body when you’re lactating for a new baby—about 500 extra calories per day.

I eat a lot of nutritious food and drink plenty of filtered water to help my body maintain a healthy milk supply without getting depleted. (I also take a multivitamin and a couple of other supplements, as recommended by my midwives.)

5. I weaned when the time came.

Last summer, when my third baby was a few months old, I hit a point where nursing three kids started to feel like too much. I also started looking at my four-year-old (who’s the size of a six-year old) and thinking, “Maybe you’re getting a little bit big for nursing.” So I weaned him. It wasn’t nearly as difficult as I expected, and now I’m happily nursing my baby and my two-year-old.

Have you wondered about or tried breastfeeding more than one baby/toddler at a time? If you’ve nursed twins (or triplets?!), do you have any wisdom to share?