Home > Posts > Should You Do Cord Blood Banking? 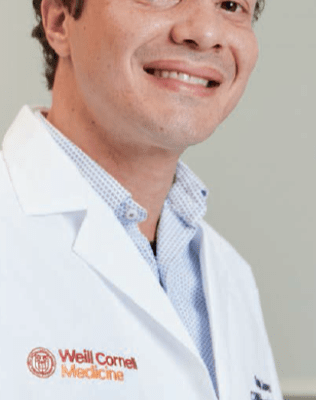 Did you choose to do private cord blood banking after your baby’s birth? This is one of the first decisions you’ll make about something that may affect your child’s health, and parents naturally agonize over it.

My husband, Daylon, is the Director of the Reproductive Endocrinology at Weill Cornell Medical College as well as a embryonic stem cell research scientist. My pregnant friends often ask to pick his brain about cord blood banking.

Daylon recently emailed a friend of ours his opinion on private cord blood banking. I thought I would share that email with my readers, some of whom are probably wondering about cord blood banking themselves. Please feel free to post questions below and I will ask him to respond!

Most new parents have thought about whether or not to pay for private cord blood banking. I have fielded the question a lot over the past decade, and my answer hasn’t really changed: Cord blood banking is probably worth it if you can afford it.

Maia and I put both our kids’ blood in the public registry because it was a significant expense to bank it privately. We reasoned that our boys were a rare enough genetic combo that the blood would sit there in the registry if we needed it (that is probably not actually the case, unfortunately for us).

Ultimately, it comes down to grim mathematics. Cord blood is used to treat hematological malignancy–disease of the blood, mostly cancer, but also beta-thallasemia, sickle cell, auto-immune conditions, and other rare diseases.

If a child comes down with cancer in childhood, their own cord blood is a home run. It’s a perfect genetic match, with no trace of the disease in that pristine population of cells at birth. But this represents a very small sub-population.

Leukemia, a third of all childhood cancer diagnoses, will account for about 5,000 new cases in kids under twenty this year (out of roughly 60 million such young people). Depending on subtypes, survival of childhood cancer is already above 70% with existing therapies.

Autologous cord blood transplant has not been practiced widely because private banking is relatively new and indications are pretty rare. However, it may also be worth considering that there will probably be further applications for autologous cord blood that may be in play for adults once our kids are grown up. But that would mean that you are banking the blood for decades.

If you want to have an extra insurance policy for an unlikely event; and you understand that the extra insurance is not guaranteed but could also be extended to as yet undeveloped but amazing therapies for a broader list of unlikely events; and if you are willing to pay storage fees for what may be decades…then bank the cord blood. If not, don’t feel like you are screwing your kid over. Whatever you choose, this will be the least of your worries and won’t hold a candle to your joy, so don’t agonize over it.

(but actually Daylon this time)

I’m kind of obsessed with this plastic-free coff