Where to Buy European Infant Formula

As you may have seen in our updated Safe Infant Formula Guide, I recently recommended Lebenswert as the healthiest infant formula on the market (yes, even better than Holle and HiPP!). Unfortunately, it’s become harder and harder for American parents to find European formulas as they are no longer available on Amazon.

Some parents have resorted to buying Holle and HiPP and other European formula on eBay, but many of you feel uneasy purchasing something so important from unverified sellers.

This is why I decided to create a screening process to help me find trustworthy online vendors where my readers could confidently buy European baby formulas.

This post will help you figure out where to buy Holle and HiPP and Lebenswert, as well as other European brands of formula.

Bottom Line on Where to Buy European Formula

I’ve approved and established an affiliate relationship with the following vendors.

Please note that Gimme the Good Stuff is not responsible for the quality of either the formula itself or the experience of ordering from these vendors. I am simply saying that based on my research, if I were buying a European formula for my own child, I would feel comfortable getting it from any of them.

I started on the websites of Holle and HiPP, and contacted the retailers they listed to see if any of them would ship to the U.S. The answer was no.

I then looked into a variety of websites that were mentioned on blogs and parenting forums as places moms were buying European formula–some of these had good reviews and others had failed to deliver the formula parents ordered. One mom told me that she drove by the address listed on one of the websites and found a boarded-up building in a bad L.A. neighborhood! 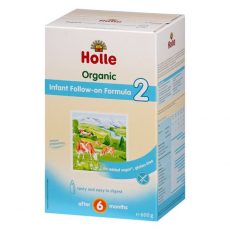 I narrowed my list down to the websites that seemed not sketchy (based on my online research), and scheduled phone calls with the owners of these sites.

Why Most of Them Didn’t Make the Cut

While I cannot say that any of these companies seemed outright dishonest–or that I truly believe anyone is taking empty Holle formula containers and filling them with Similac–I didn’t feel completely reassured by my conversations with most of these vendors.

Perhaps some of this was a language barrier (plus time-zone issues–one guy in Germany was nice enough to speak with me at midnight his time!), but in many cases I just couldn’t seem to get a clear answer on the supply chain.

I really wanted to know exactly where this formula was coming from, and how these vendors were getting it to their customers in the U.S.

Another thing I didn’t like about many of these sites is that they didn’t seem to know anything about why these formulas were superior, and in many cases they would ask that I recommend a bunch of other European products they wanted to sell to U.S. parents–most of which of course were not Good Stuff!

A Note on X-Rays 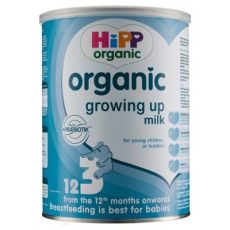 A lot of you wonder if you should be concerned about formula being x-rayed when it comes through customs (as is the case for any imported food or food ingredient). What I have read suggests that this is not a risk, and this article may be particularly reassuring to those of you who are concerned.

235 responses to “Where to Buy European Infant Formula”