My friend L. wrote to me the other day, and told me she was boiling beef tallow to use on her newborn’s dry patches, and that her husband, “as usual, thinks I’m insane.” While L. did have a natural birth and encapsulated her plancenta, she also lives in Manhattan and wears high heels and is actually a sorority sister of mine (yup, I was in one). So it appears that tallow is no longer just for the babes named Twig or Rainbow that my friends in Vermont are popping out. Tallow has made it to New York City!

I’ve been selling tallow soaps in our online store for a few years now, and they have a very devoted following. Here’s some of what makes tallow the Good Stuff:

So, all that said, as a sorta vegetarian, the idea that there is beef in my soap DOES kind of give me the icks. (I’ve actually never even tried beef–it’s always grossed me out–but I do eat chicken and fish.)  I’ll often use tallow soap on the boys–both of whom love red meat, just like their dad–but use a nice bar of rainwater soap by Farmasthetics for myself. When I have used the tallow bar soaps, I have to admit that they are really fluffy, leave skin soft, and don’t smell even slightly of beef jerky (all of the Tandi’s soaps smelly incredible, actually.)

Some readers swear by rubbing tallow directly on their skin as an anti-aging night cream. I haven’t tried this yet, because like I said, I am still just slightly squeamish thinking about where it comes from. But if you want to go that route, here’s more.

Tandi does offer vegetarian soaps, and we sell a range of vegan bar soaps. But if you want to give tallow a try, here are some of my favorites: 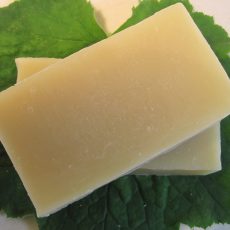 Gentle Herb Soap is excellent for babies and those with sensitive skin. This mild soap is made with the soothing goodness of herbs, which vary by season and are gathered in the wild or grown by the soapmaker herself. 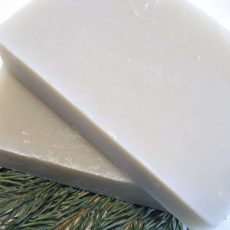 If you love the scent of the forest, this Siberian Fir Soap is for you. There is a touch of sweetness to its sumptuous, balsamic aroma, and sea clay, which is very rich in trace minerals, gives this soap a gorgeous green color. Cocoa butter adds extra nourishment for the skin. Great for all skin types.

People who are leery of patchouli generally like this lighter version of Patchouli Citrus Soap. This soap blends the earthiness of patchouli with the zest of citrus essential oils. Mineral-rich rhassoul and Moroccan red clay feed your skin while mango butter gives it a nourishing boost. 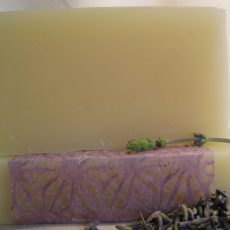